courtesy of arena, a partner of SwimSwam

arena announced the signing of the 17-year-old phenomenon and Olympic breaststroke champion, Lydie Jacoby, the brand’s first sponsorship deal under the new NCAA NIL (Name, Image and Likeness) rules that came into effect on July 1, 2021.

On July 27, 2021, the Alaskan native stunned the swimming world by coming in from behind to win gold in the 100m Olympic breaststroke, beating both the current world record holder and the overwhelming favorite. for the title. It was the culmination of a meteoric rise through the elite swimming ranks that began at the U.S. National Winter Swimming Championships in 2018, when Lydia first qualified for the Olympic swimming trials in the United States at just 14 years old.

Lydia was a leap year baby, born in Anchorage on February 29, 2004 and raised in the small seaside town of Seward (2,796) where her family has made their home for the past 30 years. She started swimming at the age of 6 with her local swim team, the Seward Tsunami Swim Club, and by the age of 12, she had broken her first Alaska State Record. She went on to break state records and win state titles with the Seward High School Swim Team and became the Junior National Champion in the 100 breaststroke at the United States Junior National Swimming Championships in 2019.

With the Olympics postponed due to the Covid pandemic, Lydia’s training was severely restricted when her home swimming pool closed for nearly 6 months from March to September 2020. She and her father, with help trainer Solomon D’Amico, had built a makeshift weight rack at home until a facility in Anchorage began to partially reopen in May 2020, 2.5 hours and 120 miles from Seward, when her family rented an apartment in the hopes of restoring some degree of normalcy to an otherwise chaotic schedule formation.

Undeterred by these challenges, she returned to the pool faster than ever, consistently posting personal bests and breaking national age group records twice at the Olympic Trials in Omaha, where she finished second in the 100. m breaststroke to become the first Alaskan swimmer in history to make the US Olympic team.

Swimming in lane 3 in the 100m breaststroke final in Tokyo, Lydia turned halfway in third place, before coming home in the final 20 meters with a time of 1: 04.95. In just 3 years, she slashed her personal best by more than 6 seconds and, by winning her first Olympic title, she became only the sixth swimmer in history to beat 1:05 in the 100m breaststroke.

Four days later, she swam the peloton’s fastest breaststroke stage by more than half a second (1: 05.03) as the US women’s 4 × 100 medal relay team won a medal. ‘money. And in the 4 × 100 mixed medley relay, she swam the second fastest time of her life despite an equipment malfunction in the first few meters of her race when her goggles slipped over her face as she dived off the boulder; the US team finished fifth.

Support for Lydia across Alaska was passionate, and neither was in her hometown of Seward, where various “Go Lydia” Eve parties erupted as she first hit the wall in her Olympic victory in breaststroke. Upon her return home, she was greeted by adoring fans and celebrated with a parade. After the euphoria of her triumph in Tokyo, she has now turned to the FINA World Short Course Championships in Abu Dhabi from December 16-21, and then it will be back on the books, as she completes her final. year of high school. Next, the University of Texas at Austin is awaiting, with coach Carol Capitani and the Longhorn Women’s Swim Team, an Arena sponsored program.

Outstanding performances at the highest level tend to be recognized, and Lydia’s are no different – she has been nominated for three Golden Goggles Awards, USA Swimming’s annual ceremony celebrating the Year of Swimming: Breakout Performer of the Year, Female Race of the Year and Female Athlete of the Year. In a career that is only just beginning, it seems likely that this will be the first of many more.

“The past year has been amazing, full of great moments like winning Olympic gold,” said Lydia. “I am so thrilled to continue this incredible period of my life by signing with Arena. Besides having products that I love and use, it’s a dream come true to work with such a wonderful team and company. I can’t wait to share the next chapter of my journey with the Arena family!

“We couldn’t be happier to add Lydia to our team,” says Mark Pinger, Managing Director of arena North America. “She is clearly an extraordinary talent, as shown last year, but there is also so much more to her: she is determined, courageous, positive, optimistic, these attributes are part of her heart, as they are. are with Arena, and we couldn’t be more optimistic about this partnership. Having just had the incredible opportunity to spend time with Lydia and her family in her hometown of Seward, we are just as excited about Lydia the person as we are about Lydia the swimmer and we believe she will be a great ambassador. Sport. Seeing her facility with access to only a 25 meter pool, we believe her swimming future will be very bright and we consider ourselves lucky to be by her side and support her as we come out of a period that has been very difficult for all.

Lydie Jacoby – BY THE NUMBERS

Beyond the pool terrace:
Sung and played the double bass as part of a bluegrass group called Snow River String Band, performing several times at the Anchorage Folk Festival. Also plays guitar and piano.
Plans to study textile and apparel fashion design at the University of Texas. 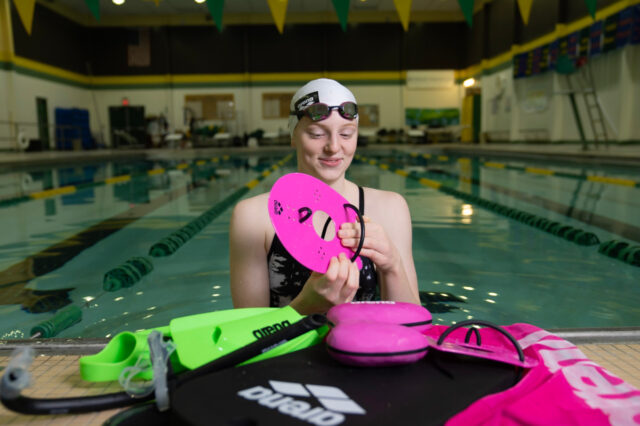 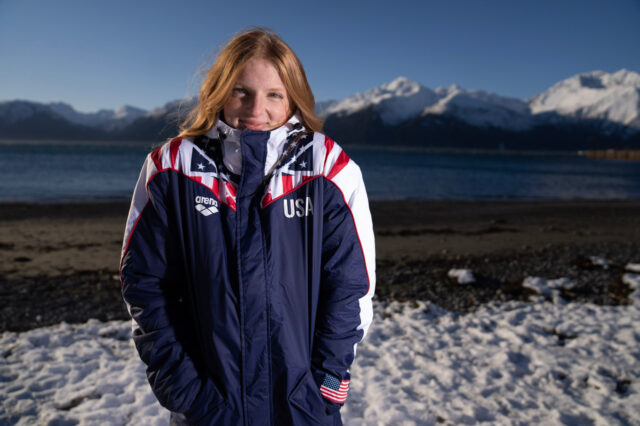 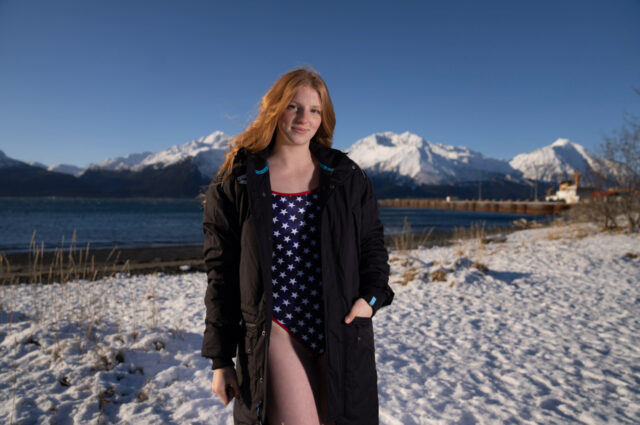 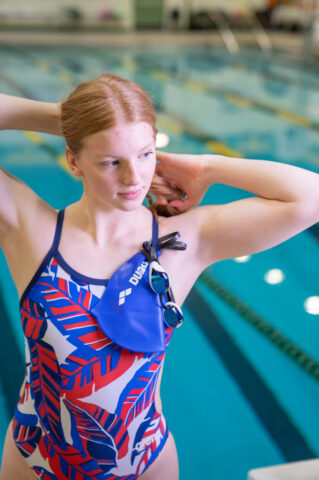 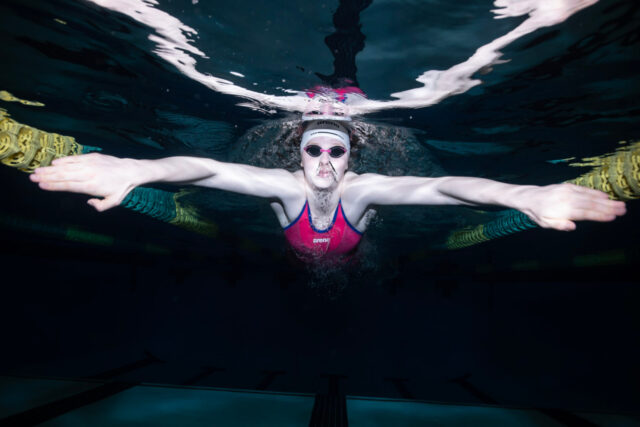 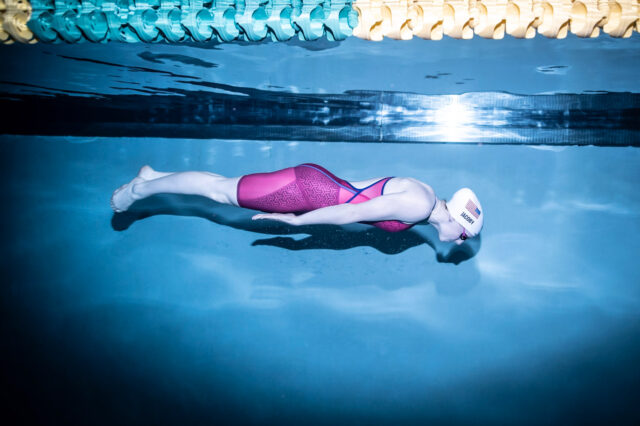 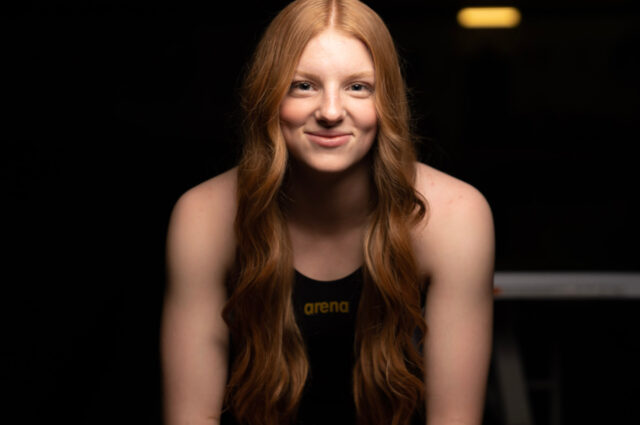