DW: What is your overall feeling about how you experienced the Beijing Winter Olympics?

Davis VanOpdorp: I’ve seen some of the most historic performances and moments in Olympics history, but I’ve spent as much time waiting for closed-loop transport to arrive as I do watching live sports. The restrictions made me want to have an Olympics outside of the pandemic, but I recognize that I was one of the few who was able to attend these Games in person.

Caroline Bergman: The logistics took a lot of time and made it difficult to concentrate on the sports and the surrounding stories. I mostly watched the Games on TV, and it was interesting to see how they were staged for a local audience with commercials featuring new Chinese winter sports stars. Because I was limited in who I could talk to and what I could film, I felt more like an outsider than part of the Olympics.

Jonathan Crane: From the moment we were greeted as we stepped off the plane in Beijing by a line of people in hazmat suits, I knew this would be no ordinary Games. And they proved it, although another Russian doping scandal provided some reassuring familiarity. As always, it was a privilege to cover this incredible competition.

What were your personal highlights and weak points?

Davis: Watching Eileen Gu soar in the women’s freestyle big air was a real treat and that’s when I felt like I had arrived at the Olympics. It wasn’t as fun watching the tragedy of Kamila Valieva unfold before my eyes, knowing that due to the doping scandal surrounding her, millions wanted this 15-year-old to fail.

Caroline: Despite little interaction with the locals in this highly artificial and sterile environment, I became friends with the hotel staff, who provided insight into how ordinary people go about their daily lives. Meanwhile, the missing medal ceremonies after virtually every event took away the shine from what I consider to be an important Olympic moment.

Jonathan: It’s always special to see Great Britain, my home country, win gold, although I had to wait for women’s curling on the last day for that. Lindsey Jacobellis’ victory in snowboard cross, 16 years after her trauma in Turin, was a well-deserved Olympic moment. In general, getting to mountain sites was a laborious process; I was alone on the bus to watch Nathalie Geisenberger win women’s luge gold in Yanqing, which speaks for itself.

How was life in the bubble?

Davis: Surreal, understandable and maddening all at once. It certainly didn’t feel like Beijing, but a dystopian world straight out of a Kurt Vonnegut short story. But most of the time, I was able to do my job, although I got bored quickly when I wasn’t working. For 22 days I was in the safest place on Earth for coronavirus.

Caroline: At the beginning, the organization was interesting to observe, and I was impressed by its perfect tightness. This feeling quickly turned to sadness, and I observed colleagues suffering from physical side effects. We had to accept a new standard of cleaning staff in hazmat suits, the constant presence of security guards and police and heavy fencing, all of which made me feel depressed and as if my personal and journalistic freedom was deleted. The price was high, but I will say this: we were safe from COVID-19, invaluable given the global pandemic.

Jonathan: It was disconcerting at first, but I was surprised how quickly I got used to it. Daily coronavirus testing has been smoother than expected. I admit I had a moment in Olympic Park when I looked up at the world without bubbles and fantasized about jumping over gates, Steve McQueen/Great Escape style . But the absence of a motorbike and five burly guards watching my every move quickly put me off. 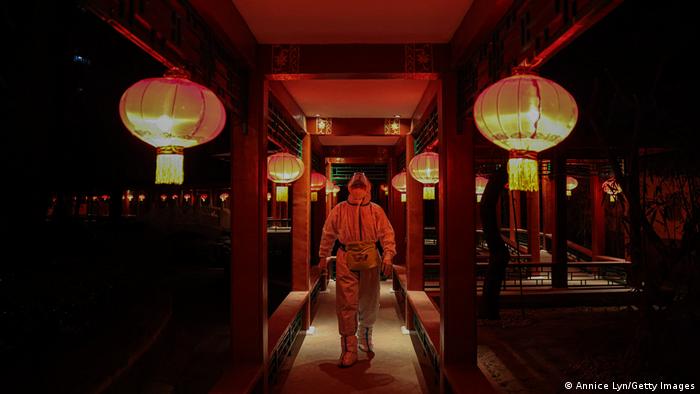 Should the Games have taken place? What is the legacy of Beijing 2022?

Davis: The arguments against Beijing hosting the Olympics are understandable, but came far too late – those Winter Games were awarded in 2016. More people are aware and discussing the alleged human rights abuses and China’s authoritarianism than if the Games had been taken away from Beijing. But the IOC (International Olympic Committee) can no longer hide behind its policy of political neutrality and continually put athletes in uncomfortable moral positions.

Caroline: The Olympics are not sustainable in times of climate change and socio-political inequality. Beijing was the first to host the Summer and Winter Games, both of which worked “perfectly”. I appreciated the opportunity to report on the spoken and unspoken realities of China, but the surreal images of the Shougang Big Air site in the middle of an industrial park raise questions about the plausibility and sustainability of future Olympics.

Jonathan: Despite all its controversies as a host, Beijing managed to pull through: the bubble finally worked. Unfortunately, I don’t think this will change anything on the human rights front, but I hope the IOC will think twice before returning to these countries. The Olympics in Paris, Milan-Cortina and Los Angeles should not mask the fact that they used the cover of “political neutrality” to put profit before people’s lives.