US President Joe Biden has said he will be the first US president to fly from Israel directly to Saudi Arabia this week when he visits those countries on an official trip to the region, in a “small symbol” of the warming of ties between Israel and the Arab world and the “steps towards normalization”.

In a Washington Post opinion piece titled “Why am I going to Saudi Arabia” on Saturday, Biden said he would make the trip from Israel to Jeddah, Saudi Arabia, where “leaders from across the region will gather, highlighting the possibility of a Middle East more stable and integrated, with the United States playing a vital leadership role.

The US leader said he would be “the first president to fly from Israel to Jeddah [Jeddah]… [in] a small symbol of the budding relations and steps toward normalization between Israel and the Arab world, which my administration is working to deepen and expand.

Biden is expected in Israel on Wednesday for a busy two-day visit that will also include a trip to the Palestinian Authority, followed by a visit to Saudi Arabia on Friday for a meeting Saturday with regional leaders from the Middle East as part of the GCC+3 summit. (the Gulf Cooperation Council – Bahrain, Kuwait, Oman, Qatar, Saudi Arabia and the United Arab Emirates, as well as Iraq, Egypt and Jordan).

GCC+3 Summit Saturday in Jeddah with leaders from the Gulf Cooperation Council – Bahrain, Kuwait, Oman, Qatar, Saudi Arabia and the United Arab Emirates, as well as Iraq, Egypt and Jordan

In Saudi Arabia, Biden is expected to push for an increase in Saudi oil production in hopes of reining in soaring fuel costs and inflation at home, a marked departure from his pledge when he spoke. campaign to treat Riyadh as a ‘pariah’ over its human rights record and the 2018 murder and dismemberment of Jamal Khashoggi – a Saudi-born US resident known for writing critical articles about the rulers of the kingdom for the Washington Post.

US intelligence findings released by the Biden administration identified Crown Prince Mohammed bin Salman, often referred to as MBS, as the mastermind of the operation.

But global developments over the past year — namely Russia’s invasion of Ukraine — have led Biden to alter his approach to the Gulf kingdom, given its centrality in the oil market and the potential for further integration of Israel into the region.

Last month, Biden had sought to distance himself from the upcoming meeting in Jeddah with MBS at GCC+3, stressing to reporters that he would meet King Salman and his team.

But the White House confirmed earlier this week that he will meet MBS as part of this larger delegation during the trip.

During the visit, Biden said he would also be the first president to visit the Middle East since 9/11 “without US troops engaged there on a combat mission,” adding that throughout Along the journey, he will keep in his thoughts “the millions of Americans who have served in the region,” including his son Beau, “and the 7,054 dead in the conflicts in the Middle East and Afghanistan since September 11, 2001.” .

Beau Biden had served in Iraq and died of brain cancer in 2015 at the age of 46. 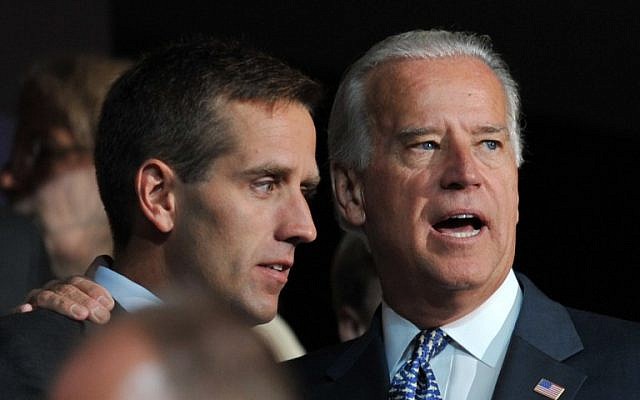 In his op-ed on Saturday, Biden said the region had changed and that a “secure and integrated Middle East benefits Americans in many ways.”

“Its waterways are critical to global trade and the supply chains we rely on. Its energy resources are vital in mitigating the impact on global supplies of Russia’s war in Ukraine. And a region that draws together through diplomacy and cooperation — rather than pulling apart through conflict — is less likely to give rise to violent extremism that threatens our homeland or new wars that could impose new burdens on military forces. Americans and their families.

The US leader said the Middle East he will visit this week “is more stable and secure than the one my administration inherited 18 months ago.” Without naming him, Biden said that under former President Donald Trump’s administration, attacks on US troops and diplomats in the region have increased, the war in Yemen has escalated and Iran has accelerated. the rapid acceleration of its nuclear program after the United States “reneged on a nuclear deal that worked,” a reference to the 2015 nuclear deals between Tehran and six world powers, including the United States under the Obama administration. 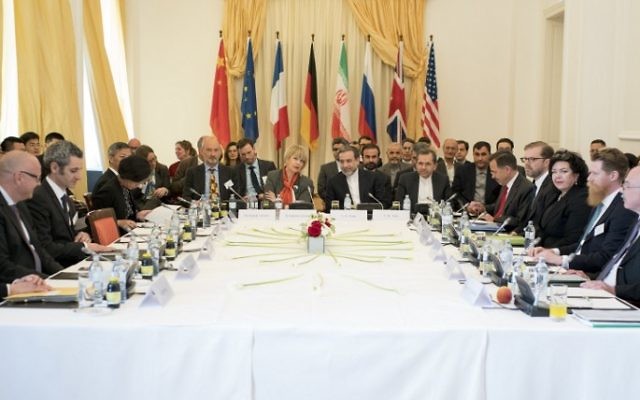 Illustrative: Iranian diplomats and officials from the P5+1 powers meet in Vienna to discuss the 2015 nuclear deal on April 25, 2017. (AFP/Joe Klamar)

Biden said he had worked with regional leaders, including the king of Saudi Arabia, to “lay the groundwork” for a truce in Yemen to provide lifesaving humanitarian aid, and “united with allies and partners in Europe and in the world” with vis-à-vis Iran, “to reverse our isolation”.

“Now it is Iran that is isolated until it reverts to the nuclear deal my predecessor abandoned with no plan for what might replace it,” he wrote.

Regarding Riyadh, Biden said his goal was to “reorient – but not sever – relations with a country that has been a strategic partner for 80 years.” 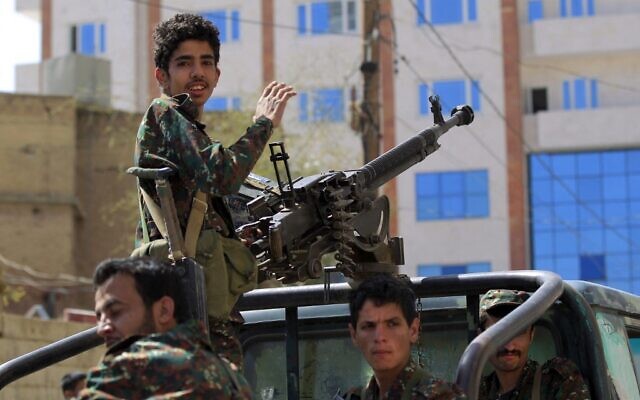 Forces loyal to Yemen’s Houthi rebels take part in a military parade marking the seventh anniversary of the Saudi-led coalition’s intervention in their country, in the capital Sanaa on March 31, 2022. (MOHAMMED HUWAIS / AFP)

As president, Biden said it was his “job to keep our country strong and secure” and to “counter aggression from Russia, put us in the best possible position to outperform China and to work for greater stability in an important region of the world”.

“To do these things, we need to engage directly with the countries that can impact these outcomes. Saudi Arabia is one of them…”, he added, defending the visit plan which drew criticism.

Biden said the region has its many challenges — including “Iran’s nuclear program and support for proxy groups, the Syrian civil war, food security crises exacerbated by Russia’s war on Ukraine, terrorist groups still operating in a number of countries, the political stalemate in Iraq, Libya and Lebanon, and human rights standards that remain behind much of the world” – but is now “less under pressure and more integrated”. This is partly due to growing ties between Israel and Arab countries, Iraq’s diplomatic role in mediating between Saudi Arabia and Iran, and a more regional connection and engagement, described by King Abdullah II of Jordan as a “new atmosphere.” 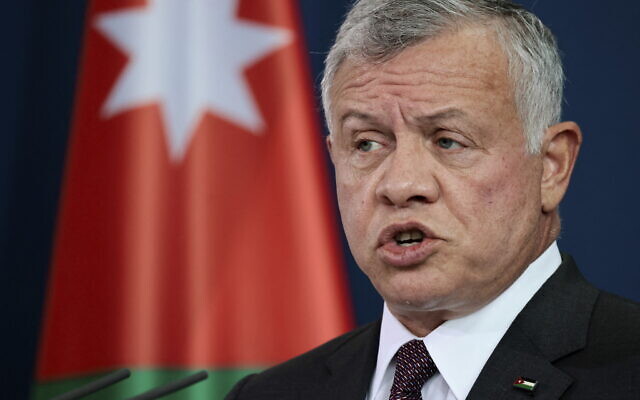 “These are promising trends, which the United States can reinforce in a way that no other country can. My trip next week will serve that purpose,” Biden said.

Arab-Israeli security overtures have multiplied since the 2020 Abraham Accords negotiated under the Trump administration normalized relations between Israel and four Arab League countries. They have grown further since the Pentagon shifted coordination with Israel from US European Command to Central Command, or CENTCOM, last year. The move grouped the Israeli military with former Arab opponents, including Saudi Arabia and other countries that have yet to recognize Israel.

Encouraging Arab nations to strengthen security ties and overall relations with Israel is one of the goals of Biden’s trips to Israel and Saudi Arabia next week, National Security Council spokesman John Kirby.

Biden is expected to land Wednesday afternoon at Ben Gurion International Airport near Tel Aviv, where he will be greeted by Prime Minister Yair Lapid during an official welcome ceremony.

His busy two-day trip to Israel will include meetings with Israeli leaders, a tour of several Israeli security systems, including Iron Beam, a visit to the Yad Vashem Holocaust Museum in Jerusalem and a speech at the inauguration ceremony. opening of the Maccabiah Jewish Olympics. .

Biden will meet with Palestinian Authority President Mahmoud Abbas in Bethlehem, where he is expected to announce a package of measures aimed at bolstering the PA, a senior US official told The Times of Israel on Wednesday during a conversation about Biden’s itinerary. Biden.

Biden will then return to Ben Gurion Airport, from where he will take a rare direct flight to Saudi Arabia to attend the GCC+3 summit.

In a move it hopes to solidify before the president arrives, the United States is working to finalize the transfer of a pair of Red Sea islands from Egyptian to Saudi control as part of a deal which would see Riyadh take a series of steps to normalize ties. with Israel, an Arab diplomat told The Times of Israel on Wednesday.

Normalization measures would include Saudi Arabia opening its airspace to Israeli flights to the Far East in addition to rolling out direct flights between Israel and Saudi Arabia for Muslim pilgrims, the Middle Eastern diplomat said, confirming information on the Axios information site.

Jacob Magid and the agencies contributed to this report.