Editor’s note: William Jones is the former White House correspondent for the Executive Intelligence Review and a nonresident fellow of the Chongyang Institute of Financial Studies at Renmin University of China. The article reflects the opinions of the author and not necessarily the views of CGTN.

While NATO and Western countries have sent more troops to Russia’s borders and false rumors of war are proliferating in Western media, reminiscent of the gladiator spirit of the ancient Roman Empire, in China the humanist spirit of the ancient Greeks is revived in the Winter Olympics in Beijing, that successor to the noble Greek pastime in which athletes from all of the Greek city-states gathered during the Olympic truce to demonstrate their physical prowess in peaceful efforts to try to obtain the crown of victory based on the highest achievements.

The difference between these two distinct paradigms, that of the warrior Romans and that of the peace-loving Greeks, could not be clearer to the world at this time. While the Biden administration has done its best to force a “boycott” by Western governments and other officials not to attend the traditional opening ceremony of the Beijing Olympics based on their false allegations of human rights violations in China, few countries actually participated in the official ceremony. “boycott.”

Many, however, not wanting to become the target of American wrath, have decided not to attend under various pretexts, but are no doubt following developments with great interest. Meanwhile, more than 30 world leaders and heads of organizations and more than 170 representatives from nearly 70 countries, regions and international organizations attended the opening ceremony of the Winter Olympics in Beijing.

Given the importance of the Games for all countries, whose athletes had pledged to participate, the beautiful opening ceremony and the individual events were widely covered, even in the biased American media, which however did not Couldn’t resist completely extraneous comments regarding human rights abuses in China’s Xinjiang Uyghur Autonomous Region, the now scrapped one-child policy, and the usual long list of false accusations. 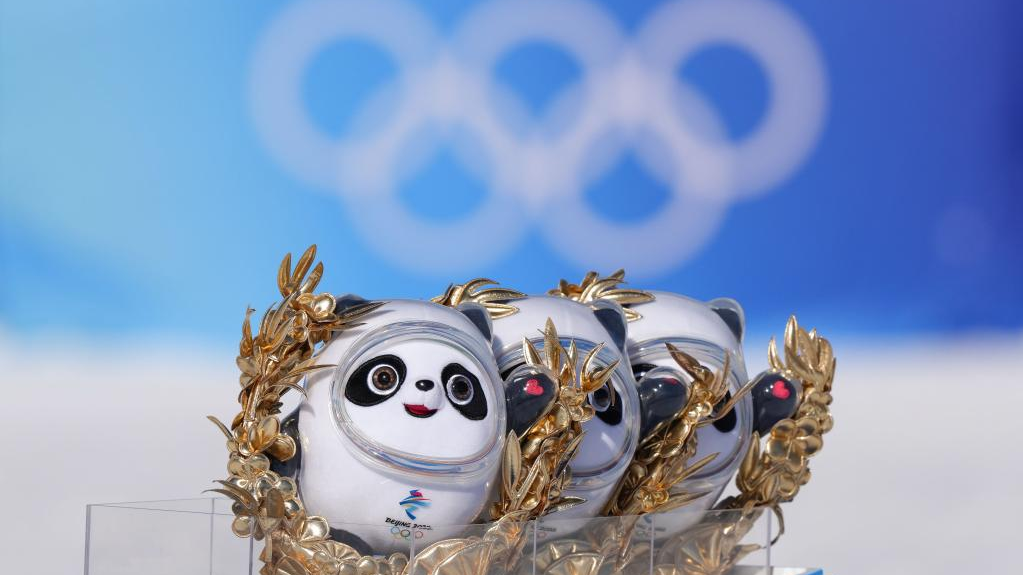 Mascots will be awarded to the winning athletes of the women’s snowboard slopestyle final at the Beijing Winter Olympics during the flower ceremony at Genting Snow Park in Zhangjiakou, north China’s Hebei province, on February 6. 2022. /Xinhua

Mascots will be awarded to the winning athletes of the women’s snowboard slopestyle final at the Beijing Winter Olympics during the flower ceremony at Genting Snow Park in Zhangjiakou, north China’s Hebei province, on February 6. 2022. /Xinhua

The opening ceremony, which director Zhang Yimou provided with a broad pastiche of elements of traditional Chinese culture, was able to give athletes around the world, as well as viewers, a sense of China, completely contrary to what was broadcast almost universally by Western media.

The official motto of the Beijing Olympics, “Together for a shared future”, also clearly reflects the notion that characterized Chinese President Xi Jinping’s worldview in his call to work together to build a community of shared future for the future. ‘humanity. .

Even the speech of the President of the International Olympic Committee (IOC), Thomas Bach, at the start of the ceremonies, went beyond the realm of sport by calling for the Olympic spirit to become the basis of a more peaceful world: In this Olympic spirit of peace, I appeal to all the political authorities of the world: respect your commitment to this Olympic Truce. Give peace a chance.

The hope he expressed was undoubtedly that this truce would last well beyond the 2022 Winter Olympics. The presence of the Secretary General of the United Nations and the Director of the World Health Organization also underlined the important support that the perspective presented by the Chinese leader receives from the international community.

As President Xi said in his welcome address to the IOC on February 3: “The world is looking to China, and China is ready” – ready to stage a safe and successful Winter Olympics in this era. of COVID-19, and ready to assume its responsibility to maintain peace and stability in the world.

The way the Western media grumbles about the success of the Opening Ceremony and the very holding of the Winter Olympics in this time of COVID-19, as well as the rave reviews coming from around the world in praise of the Olympics of Beijing, shows the folly of the Biden administration’s short-sighted attempt to use an institution as hallowed as the Olympics for political pettiness.

As more and more people “turn their eyes to China,” they will quickly realize how much of a false narrative of China and its people has been forced upon them by the lying Western media.

The “torch” of peace has been lit in Beijing despite efforts by the Biden administration to extinguish it. In addition, the important meetings between President Xi and many other world leaders, especially the meeting with Russian President Vladimir Putin, on peace and development issues, will ensure that the Olympic spirit also takes hold in the wider global political arena.