Val Nyhout grins from ear to ear when asked how excited she is to hit the slopes Monday night at Boler Mountain in London, Ont.

“I miss my friends, and I miss everyone,” says Nyhout, a Special Olympics athlete who is a medal-winning alpine skier.

Nyhout and the rest of his teammates have been barred from training and competition due to provincial COVID-19 guidelines.

They took virtual training to stay active and social.

“We finally restarted last year in November, but on January 4 we were closed again,” said Chris Lauzon, another Special Olympian from London who competes in floor hockey on Monday nights during the winter.

“We can start again on February 7 at Clarke Road Secondary School and I can’t wait,” added Lauzon.

Special Olympics Ontario says all programs that have completed the return to play process can resume training sessions on Jan. 31, but will be required to maintain all safety protocols.

There will be some challenges with the restart due to some guidelines that coaches and volunteers will have to follow, but most volunteers are willing to do this because they know how important it is for these athletes.

“Athletes miss it, law enforcement misses it, and Special Olympics volunteers miss it,” Spence said. “So the sooner we get back to normal, the better.”

During the provincial shutdowns, Lauzon decided to entertain fellow athletes and coaches by starting a podcast.

He has teamed up with Spence for the Guardians and Gladiators podcast which can be heard every Monday on various platforms.

The two are recording audio over Zoom and Spence is editing in time for Monday’s release.

“Each time, we have two guests,” explains Lauzon. “Each time in our episodes, an athlete talks about their history with Special Olympics. Our second guest is like a volunteer, someone from the Torch Run or Special Olympics Ontario. We’re on 14 episodes now.”

One hundred percent of the proceeds from every Special Olympics donut purchased between Friday and Sunday is earmarked to fund athletes’ return to sport.

“Everything has been shut down and that includes fundraising,” says Spence. “To have a campaign like this with Tim Hortons on a national scale, the money they will raise will go a long way in getting these sports back on track.” 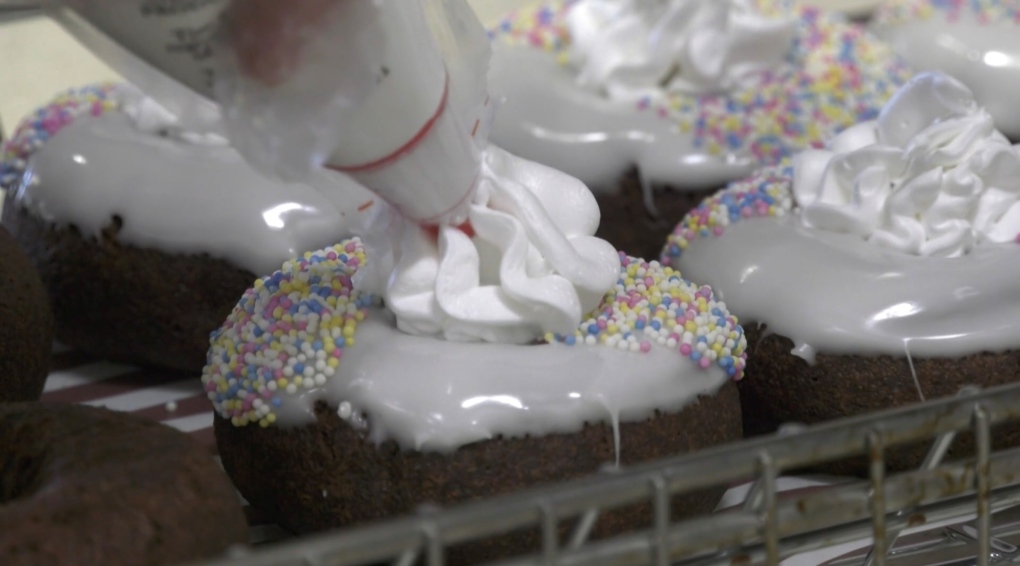 “A portion of the funds would be used to rent places like floor hockey with us,” Lauzon says. “For example, it’s like paying the school board to let us use their gymnasiums and other places where we practice our sports.”

Nyhout says people are encouraged to buy the donut before the end of the day on Jan. 30 and post online using the hashtag “#ChooseToInclude.”

Many of these athletes have worked hard to qualify for provincial championships or national championships and these have all been cancelled. It’s been frustrating for most of them, but the clock is ticking for a return to sport.

“We are waiting for the day when they can tell us that we are going to organize tournaments again,” said Lauzon.