Kim Yuna, left, and Ko Woo-rim in a wedding photo released by Kim’s agency All That Sports on Saturday morning, ahead of their wedding later in the day at Shilla Seoul in Jung District, central Seoul [YONHAP]

The ceremony was held at Shilla Seoul in Jung District, central Seoul.

The event was private, but snippets of the ceremony were revealed by the social media posts of some of the guests.

According to clips and photos from the ceremony posted online, Kim and Ko walked into the wedding hall together and walked down the aisle arm in arm. 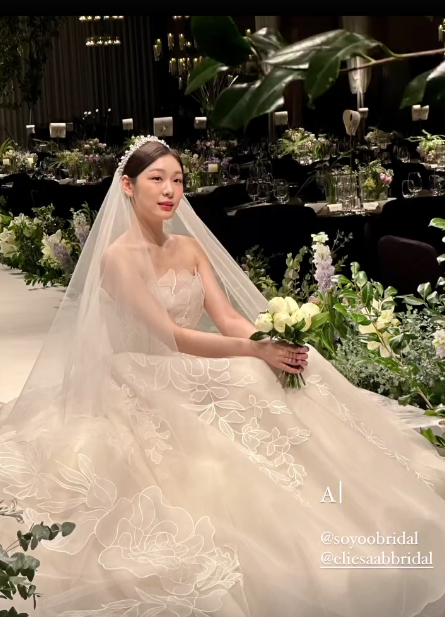 For wedding favors, the two handed out skincare sets, including lotion and various creams from French luxury fashion house Christian Dior. Kim is currently a Beauty Ambassador for Dior Beauty.

Kim and Ko first met in 2018 at an ice skating show where Ko’s vocal group performed, according to Kim and Ko’s agencies All That Sports and Beat Interactive. The two went public with the news of their engagement in July.

Ko is a vocalist and member of Forestella. The quartet was formed during the second season of JTBC’s competition program, Phantom Singer. Ko graduated from Seoul National University College of Music. 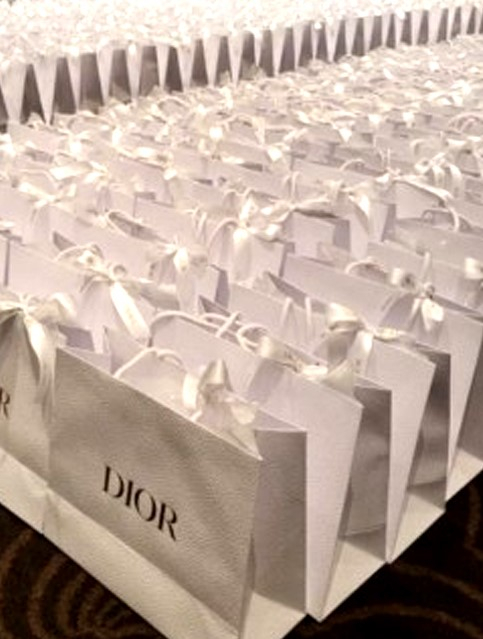 Dior skincare sets that were handed out to guests as wedding favors at Kim Yuna and Ko Woo-rim’s wedding on Saturday at Shila Seoul in Jung District, central Seoul [JOONGANG ILBO/ SCREEN CAPTURE]