A powerhouse for NYAC heavyweight and lightweight crews for a 15-year period in the late 1960s and 1970s, Joe won over 20 US and Canadian national championships. When legendary NYAC and Olympic coach Jack Sulger died suddenly in 1979, Joe immediately stepped in to take charge of his father-in-law’s club program.

Joe saluting his 1st national eights champion in 1980 at Camden

What followed was an incredible 20-year run in which Joe built a rowing program from the ground up that won dozens of national championships, made AC a go-to destination for talented college athletes locally and nationally recognized and has placed many athletes on national teams. . Joe’s collegial and inclusive leadership style inspired more than 500 rowers during his tenure, establishing the NYAC sweep team at the national level, but – more importantly to him – having a lasting impact on the athletes he helped train as rowers and men.

Joe was born in the Bronx, raised in New Rochelle and graduated from Blessed Sacrament High School and Iona College. While attending the Blessed Sacrament, he discovered the sport of rowing and quickly established himself as a superb rower, a natural shot and a crew chief. He simply loved it and excelled at it. 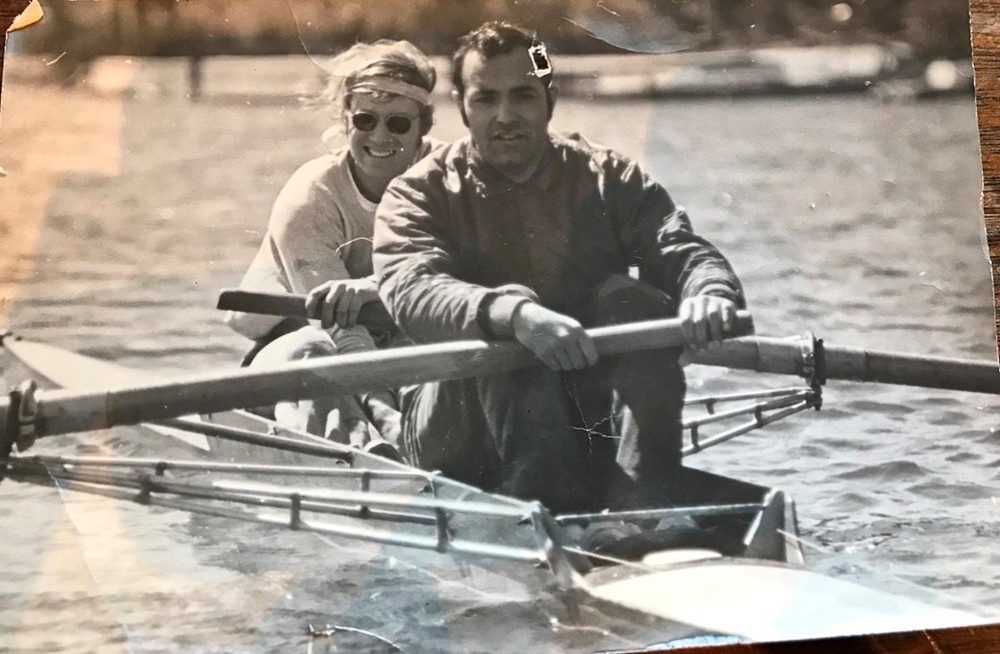 Joe and Jon Sonberg prepare to race the Elite Pair

Rowing was central to Joe’s life, but for more than one reason. It was while rowing at NYAC that he met Veronica Sulger, daughter of famed rowing coach Jack Sulger. The couple will marry in Sainte-Hélène in the Bronx and will have the chance to have two children, Paul and Joseph. Both boys were accomplished rowers in their own right, each winning multiple national championships and commanding the Princeton Heavyweight Crew.

As a competitor, Joe was considered NYAC’s preeminent hit for over a decade. Although he is only six feet and 170 pounds, he often competed in the heavyweight class throughout the late 1960s and 1970s for the Club. He was known for his aggressive control of the boat he was caressing, and the many men who rowed behind him can attest to his fire and will to win. 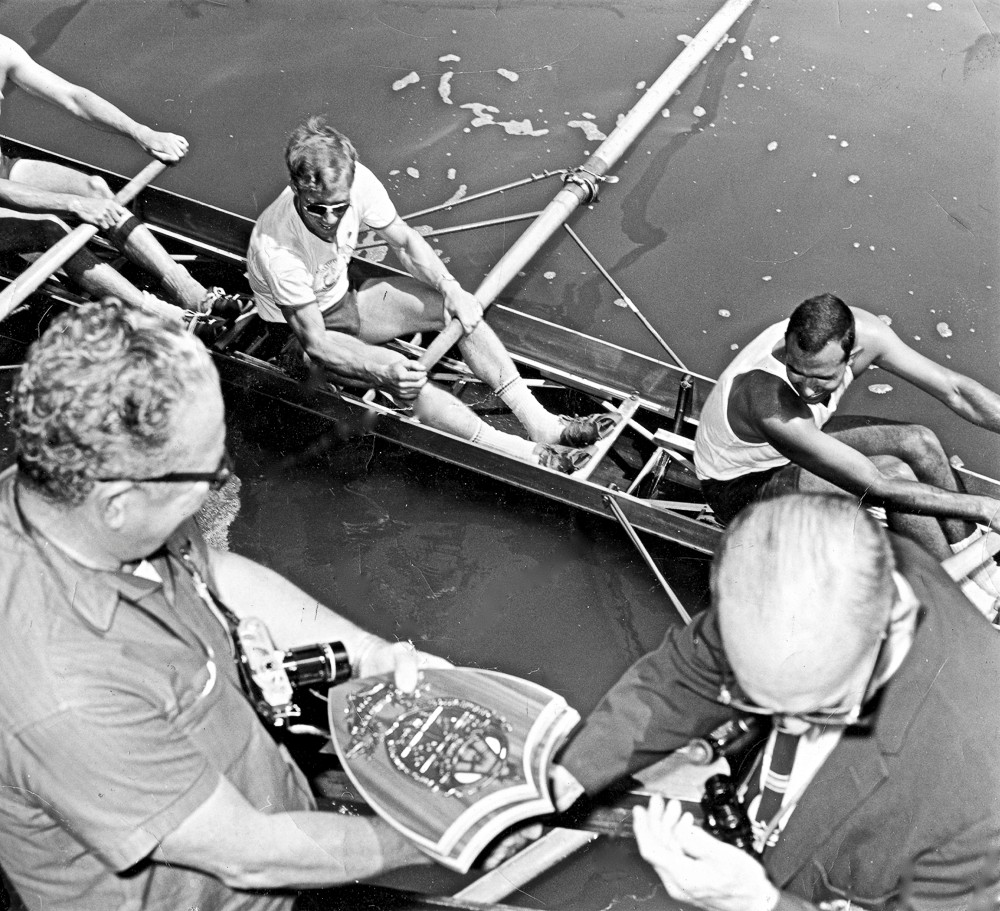 Joe, right, during a stroke in 1966, with Jack Sulger, left, and a Henley Canadian winners plaque. After winning the Jr 8, NYAC took 3rd place in the Sr 8 Finals.

Joe captained the NYAC team and won six national championships for the club, including elite and heavyweight titles, and over 10 Canadian national championships. Some career highlights include stroking the “Junior” Eight, as the Intermediate/Senior class was then called, in the late 60s which won the Canadian Henley; a boat that included, among others, a young rower named Jim Dietz and Joe’s brother-in-law, Francis Sulger. Joe competed at the US Olympic Trials and the US National Team Trials, finishing in the top three multiple times in both lightweight and heavyweight events. Joe also won the US National Championships in the Elite Heavyweight Quad and Elite Lightweight Pair. He was victorious in his last race at the Nationals in the elite pair in the late 1970s, with a flat water time of 7:00, in the late 30s.

But perhaps Joe’s greatest contribution to NYAC came as a head coach, abruptly inheriting a program in a sport that was transforming before his eyes. The birth of national camps, where rowers from all over the country trained for the American team, sapped much of his talent. In addition to attracting many of the nation’s top athletes, these camps had paid coaching teams, state-of-the-art equipment, large travel budgets, and strong support from the USRowing. Joe knew that if NYAC was going to compete, it would have to “expand”, attract and educate young men from local colleges and take their training to a new level and intensity. And that’s exactly what he did. 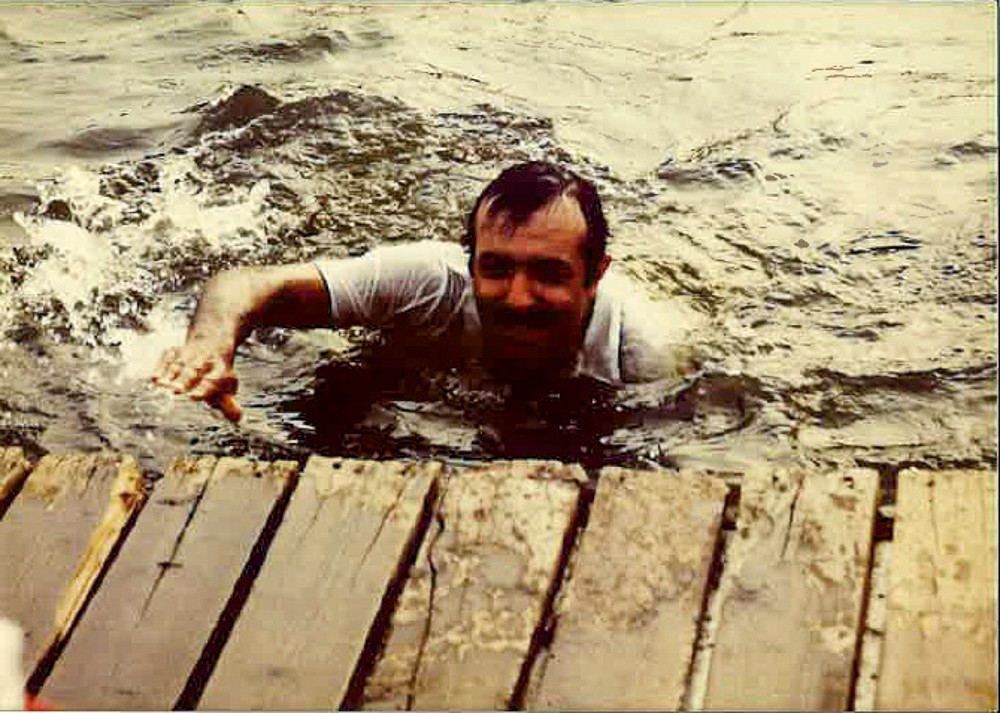 Coach Joe, after a swimming victory

With Joe as head coach, NYAC crews have won more than 25 U.S. National Championships and five total team championships (the Barnes Trophy, as well as numerous Canadian National Championships. His crews have won at every level – from l intermediate lightweight 8+ to elite heavyweight 4+. While the results speak for themselves, there is a lot that is not known about Joe’s career just by looking at the At that time, NYAC was known for its incredible rowers – Jim Dietz, Larry Klecatsky, Bill Belden, Scott Roop, Paul Fuchs and many more – but its sweeping program was in danger of falling into irrelevance, often outclassed by Penn AC, nemesis Vesper Boat Club and other Boston programs.As head coach, Joe reinvigorated the AC’s sweep rowing program, leading winter training sessions in evening, ergometer events, team races, circuits group weightlifting sessions overseen by eventual head coach Vincent Ventura, and a number of other training activities that helped increase team speed and bring rowers closer together.

Joe first attracted and shaped a large group of students and recent graduates living in the New York area – from Manhattan, Fordham, Iona, St. Johns, Coast Guard Academy, Holy Cross, Merchant Marine Academy, Maritime and others – and he made it the center of the NYAC program. As the sweep program progressed, Joe developed an expanding network of schools to recruit from, including Columbia, Princeton, Harvard, Yale, Penn, Brown, Cornell, Dartmouth, Syracuse, and Cal Berkeley. These schools were all represented in what, within a few years, became one of the largest and most successful club programs for pairs, fours and eights.

Additionally, Joe helped coach his sons, niece and three nephews at NYAC, and was extremely proud that three of Jack Sulger’s grandchildren rowed for Princeton and three for Harvard. 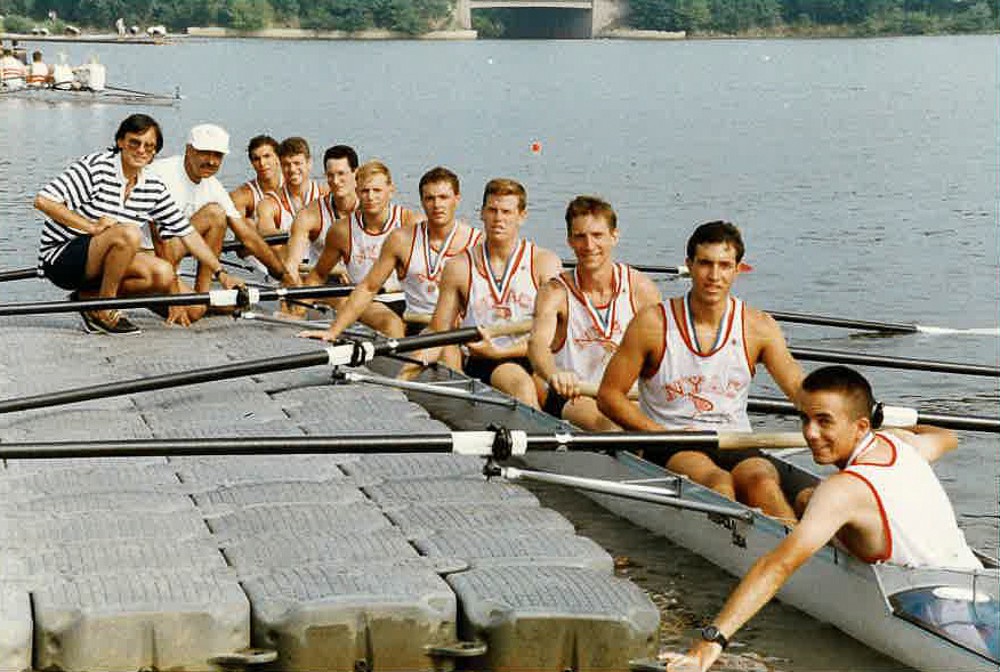 Joe was immensely proud of his own grandchildren – Theodora, Lila and Felix – and their rowing. Her granddaughters both competed in Row America Rye and won the New York State Championships. Lila will win a bronze medal at the 2021 Youth Nationals in Girls 4-, and both went to varsity rowing: Theodora at Boston College and Lila at Northwestern. Joe’s grandson, Felix is ​​an up-and-coming novice rower at RAR and won the title of Chief of Schuylkill in the 4x and Chief of Riverfront in the 8+ in 2021.

For two decades, Joe has led hundreds of young men to dozens of victories and, most importantly to him, priceless life experiences. Joe, who would eventually be inducted into the NYAC Hall of Fame, had an uplifting yet calming effect on those around him. He personified integrity and was rewarded with the deep respect and loyalty of his crews. His combination of intelligence, fairness and warmth has always been well received.

When he wasn’t volunteering coaching at NYAC in the evenings, Joe had a day job. He had a 40-year career at marketing research firm Roper Starch Worldwide, rising from the mailroom to senior vice president. He was an immensely popular executive at Roper Starch, known for his leadership, wit and kindness.

Joe is survived by his wife of 56 years, Veronica, his sons Paul (and his wife Sophie Cottrell Caminiti) and Joseph. He will be greatly missed by his three grandchildren, Théodora, Lila and Félix. Joe will be fondly remembered by his siblings Dorothy Denko, Aurora Lederman, Agnes Ann Lucchesi and Sylvester Caminiti, his cousins ​​including Clara Ann Eich, Mary Helen Fragola and George Marshall, and his in-laws: Frank Sulger, Joan Henry and their families. Joe will be missed by all who knew him. He is predeceased by his parents and younger brother Peter Caminiti.

A Memorial Mass will be held at Our Lady of Perpetual Help Church located at 575 Fowler Avenue, Pelham Manor New York on Saturday, April 9 at 10:00 a.m. For more information or to leave your condolences, please visit www.pelhamfuneral.com. 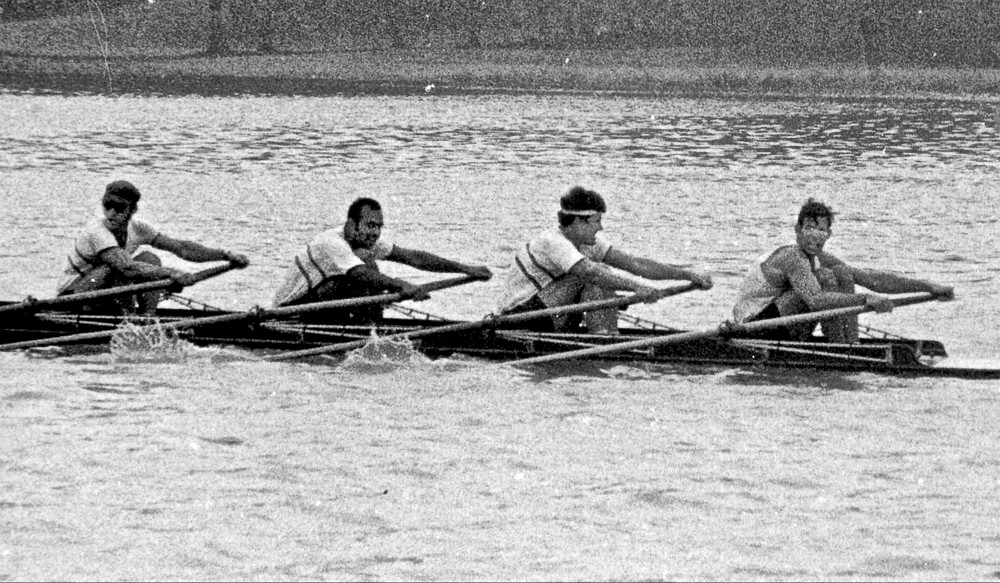