The Australian advertising market continues to defy the pessimists and shrug off all economic challenges to record another month of underlying growth in August, SMI reports.

SMI’s ad spend data collection shows an overall decline of 0.9% turning into a growth of 6.2% once the impact of last year’s Tokyo Olympics is removed.

August’s total ad spend fell to just $5.9 million from last year’s record total, but excluding the media most impacted by the Olympic broadcast of last year (Metropolitan TV and their Pure Play Video or Streaming sites), the market showed growth of 6.2% instead.

Managing Director SMI AU/NZ Jane Ractliffe said there was no sign that the current economic challenges were impacting advertising demand, with early data from SMI for September showing that the market total (excluding digital) has so far only retreated 1.1% compared to last year’s record result.

“We can clearly see that ad demand will also be higher in September, as ad revenue collected last week shows the market total is already just 1.1% lower than in September 2021, and that also rules out all digital ad spend that will further propel market growth.”

This month, outside media are supporting the ratings of the Australian SMI market, with its advertising spend jumping 34.9% to a record high in August as its growth accelerates from Covid lows. Movie theaters also posted strong gains in August, with ad revenue more than doubling in August.

TV ad spend was down 11.1% year-on-year, largely due to last year’s Tokyo Olympics, with TV airing only ending on August 8. The Olympics also affected digital media, with the video sites sector shrinking 15.6% due to the lack of Olympics-inflated streaming revenue. .

Radio advertising revenue also continued to grow, this time up 2.1%. While ad spending in print newspapers fell 24.6% (partly due to the Olympics), the The news media industry saw the largest increase in related online revenue for the month with a total up 19.6%.

Among product categories, government ad spend continues to normalize with a total of 35% in August, but this decline has been largely offset by similar growth in travel category ad spend.

The positive underlying August result also helped to ensure that advertising spend for the first eight months of the calendar year remained in record territory, with the total now up 8.5%. 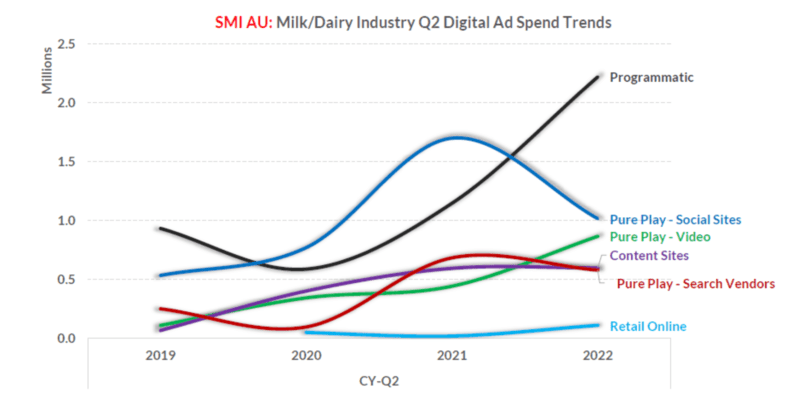