I thought contemporary motorsport had long since moved away from supercharging engines to increase performance. I thought it was anachronistic engineering from the pre-war era of Bentley “Blowers” ​​and the like. But the latest development in Phil Abbott’s futuristic revolution in affordable sports prototype racing harkens back to that bygone era.

It’s been a long time since I first drove the Revolution, during its first pre-pandemic development. The car was clearly well built and quite fast. The low-cost design approach using CFD programming which until recently was only really applied in Formula 1 and for Le Mans was also very interesting. But the lack of power steering wore me down after just a few laps around the Algarve circuit near Portimao – and I felt the car was a bit heavy for an engine output still under 400bhp.

I did a second try – in the wet – at Donington Park in February 2020, just before the pandemic shut everything down. Under these conditions, I didn’t notice the Ford V6’s lack of growl all that much – and the lack of power steering (an early system was in transit to Donington on the day of my test) didn’t matter given lower speeds. I had so much fun that I slid the car into the gravel of the copse…

The Revolution developed considerably over the next two years. James Bailey’s PitBox91 organization promotes the Sports Prototype Cup (administered by the British Automobile Racing Club) as a destination for these cars, and the Revolutions race at Grand Prix venues such as Monza, Portimao and Spa as part of in this category for two seasons and counting. This year’s calendar features five events – a mix of mini-enduro (45-60 minutes) and sprint (20 minutes) races – at five F1 venues: Zandvoort, Silverstone, Spa, Barcelona and Paul Ricard.

Olympic cycling champion turned sports car racing driver Chris Hoy is one of those who has found a new home in Abbott’s growing revolution. He raced the first two seasons so saw the full progression firsthand.

“It looks like a really refined product now,” Hoy told Autosport. “I liked the non-supercharged version, but I feel like it needs a bit more power. I think it brings the chassis to life – and makes it much more exciting. Looks like serious kit now .

“At Portimao we were only around a second off the LMP3 pole compared to last year. That was without the [current version of the] supercharger with the biggest intercoolers and everything went up to 10.

“I think for an amateur rider like me, I can attack rather than being kind of intimidated and scared by it. And it’s a day like today where the weather has been pretty bad.

“It’s a fun car. This test we did in Portugal, everyone who drove it came out with a huge smile on their face.

As we chat, in the back of a garage in Donington, Hoy excitedly shows me pictures on his phone from last season’s race at Monza – where he finished on the podium. The buzz of racing on classic F1 circuits is an integral part of the Revolution’s appeal. And the cars even sound like classic F1 machines now that they’re supercharged.

“I’ve raced Caterham, Radical, LMP3, LMP2, GT3, GT4, classic, and for me it’s a great place – it suits me perfectly,” Hoy continued. “You can have two or three bites of apple; there’s a little more movement going on, but it’s hard braking, use downforce, carry momentum into the corners – but there’s a lot more grunt now than you can almost do roll in the slow stuff, stop it, turn it and go.

“It looks like a really refined product now. I liked the non-supercharged version, but I feel like it needs a bit more power. It brings the chassis to life” Chris Ho

“His [now] about 25mph faster than the non-supercharged – at Portimao at the end of the straight you have to recalibrate your braking points and all. Craners here…you have to think ahead, look ahead. More than ever, you have to be disciplined.

“And the cars take it to the next level when they race side-by-side – and they’re pretty tough. Honestly, it’s the best car I’ve driven on the track in a number of years, and I’ve done quite a few of those years. It’s fast enough to be scary, but not fast enough to make you…”

Want to do something else? “Exactly!”

Commercially speaking, the Abbott’s pursuit of power is to drive out that lucrative US market – somewhere where Radical is heavily focusing its new SR10, and where revolution is disrupting.

By upping the compression and developing a new six-barrel intake system with Mike Jenvey, the Abbotts were able to bump up their stock engine “bulletproof up to 10,000 miles,” says Abbott ) up to 427 hp. But supercharging – which also required the engine compartment and rear bodywork to be enlarged – took power from the original 385 bhp to a comfortable 500 bhp, hence the new 500SC designation. 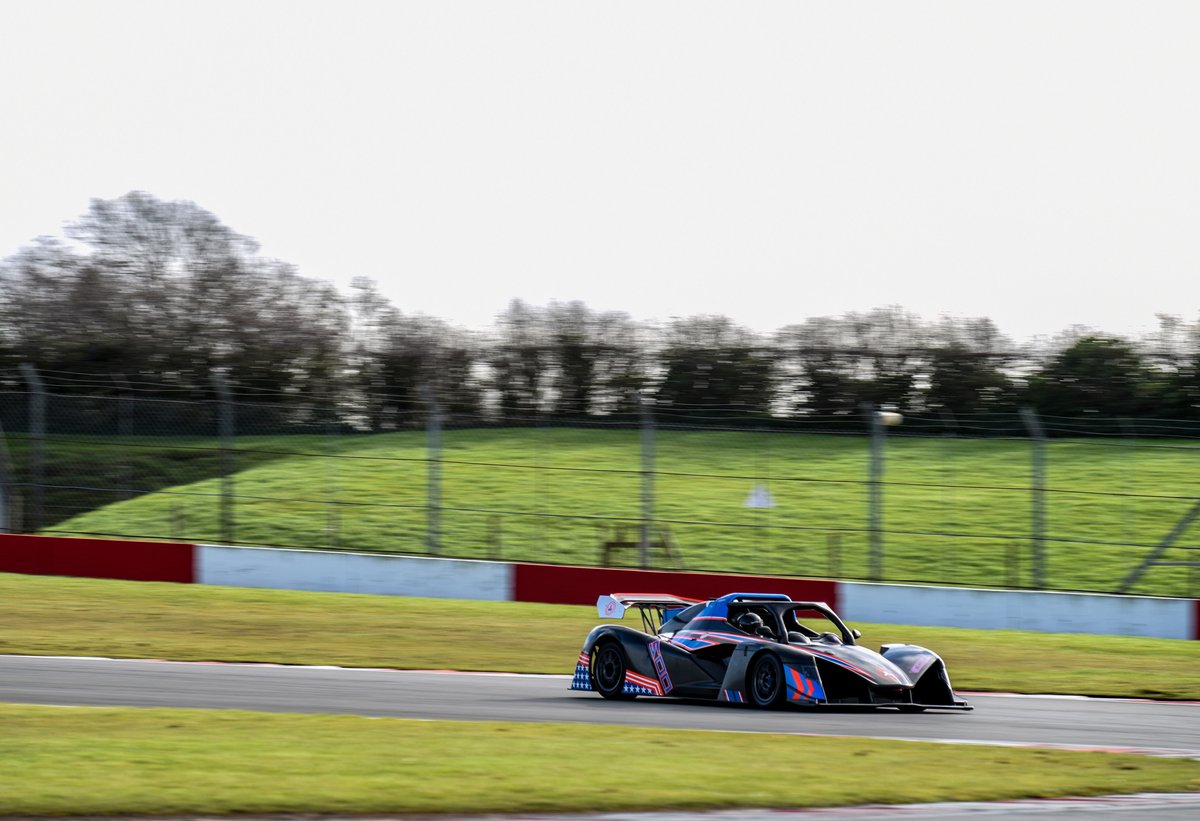 The Revolution’s supercharger boosted its power to over 500 hp

The Abbotts even ran CFD on the internals to make their supercharging process more efficient. The airbox, for example, is now three times larger than it was, but creates no additional drag – due to the accuracy of their CFD modeling.

“American market – the words were ‘as long as there are over 400 it will be fine’,” says Phil Abbott, as we chat in the Donington trackside restaurant. “Then we launched in the United States [at country clubs in Chicago and California in July 2021] and they liked it—but generally they wanted more midrange grunt…more power. And I was like, ‘Well, I’m not going to go through another phase of development on the pistons and valves – we’re going to put the pressure on that.’ And then we have a screw and we go up when we want!

Abbott was inspired by reading a book about Stanley Hooker – “one of the greatest jet engine experts” – who worked for Rolls-Royce during World War II. This mathematician “designed by hand with a pencil, the compressor for the Merlin [Spitfire] engine. He took it from 1,000 horsepower on the ground to 1,000 horsepower at 20,000 feet while supercharging.”

The Revolution uses a centrifugal supercharger, which is gear and motor driven, with a compressor wheel that “very much resembles the use of a turbocharger” but maxes out at 90,000 rpm (a turbo would probably spin at 180,000 rpm). Turbos use exhaust gases and tend to create pre-ignition and “knocking” issues due to pressure changes created inside the engine when a driver releases the throttle.

Supercharged engines are easier to manage because you know the volume of incoming air is directly related to engine speed. Abbott says the other attraction is that from the user’s perspective the engine behaves like a normally aspirated engine – you don’t get lag and torque spikes etc. Modern engine management technology mitigates unreliability.

“I liked the idea of ​​supercharging,” says Abbott. “But I didn’t really understand. For me to do anything, I really have to understand it at the molecular level. So read this book on Hooker – a jet engine is like a big compressor.

“My tech teacher used to say that the only way to get more power out of something, as far as a piston engine goes, is to put more air and fuel into it. Supercharging really fits in. It gives you the nice normally aspirated power curve, but just more. 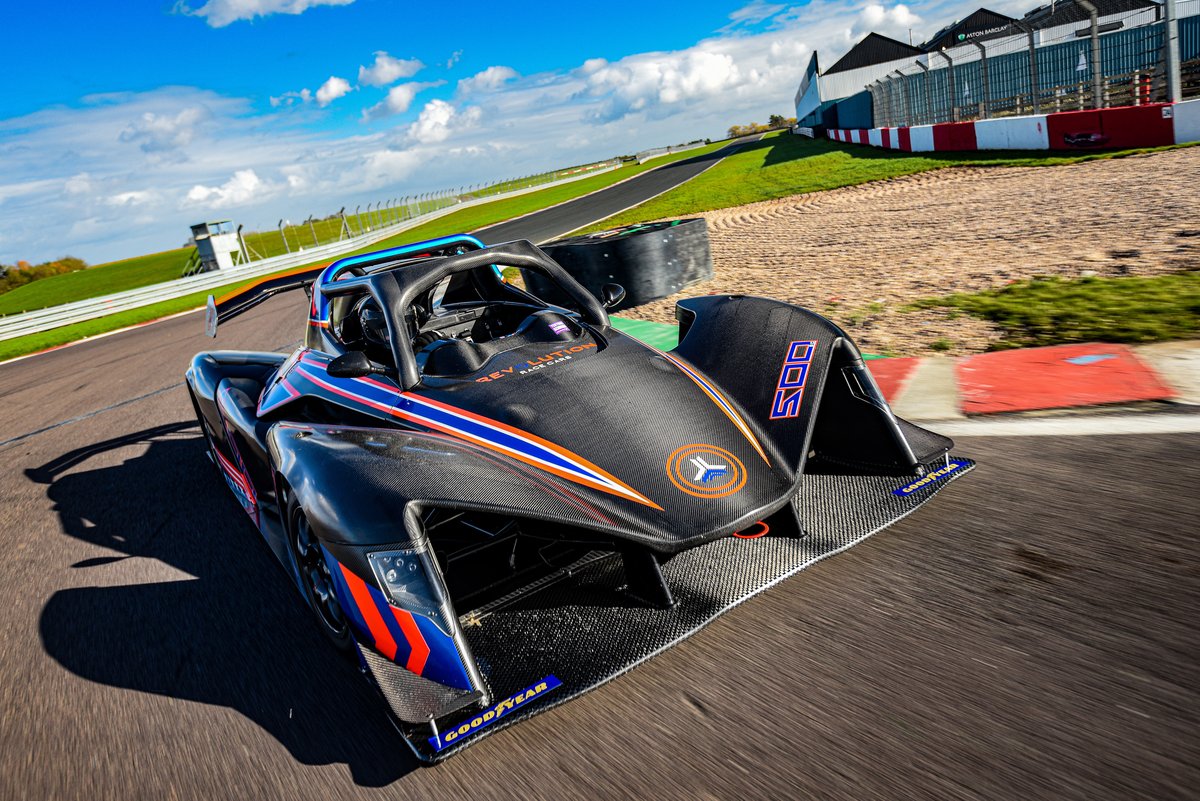 Granted, that power boost – now up to 553 hp on the dyno, according to Abbott – turns the Revolution into a bit of a beast, especially through the Craner Curves, which feel incredibly fast and impossible to navigate properly in these conditions. difficult. Honestly, throughout my time in the car, it feels like it drives me here—and nearly every fast pass between Redgate and the backstretch. It’s humbling, but also exciting, because there’s always an opportunity to be found in the unknown.

By the third moto, confident enough to rev the engine and better able to handle the weight of the car under braking for the slower corners, I work up to a record 1m29.72s on the Donington Grand Prix loop .

“My tech teacher used to say that the only way to get more power out of something, as far as a piston engine goes, is to put more air and fuel into it. supercharging really suits” Phil Abbott

The car has a tendency to oversteer on exit which slows me down a bit, and I’m not surprised to learn from James Abbott’s data analysis that my lack of confidence in high-speed sections is costing me most of the of my 1.72 seconds for its own reference lap (set in a mule car with less power than the one I drive). I gain a little back by being 10kph (6mph) faster in the Melbourne Loop – which is a boon for me as slow speed is often the weakest aspect of my riding.

The power steering system works well – I no longer feel the need to lie down after half a dozen driving laps in dry weather. The Revolution has also upgraded its dampers, using products developed by R53 – who also worked on Gordon Murray’s latest supercar project. Abbott says that alone made the car 1.5s faster around bumpy Blyton – although he admits the effect is less obvious in a slick place like Donington.

In any case, it’s the sheer acceleration of this car that now hits harder than anything: 142 mph before I swoon through the Craners; almost 150 mph before braking for the chicane (and I brake too early here too!). It’s now a very fast kit, for a fast accelerating revolution. 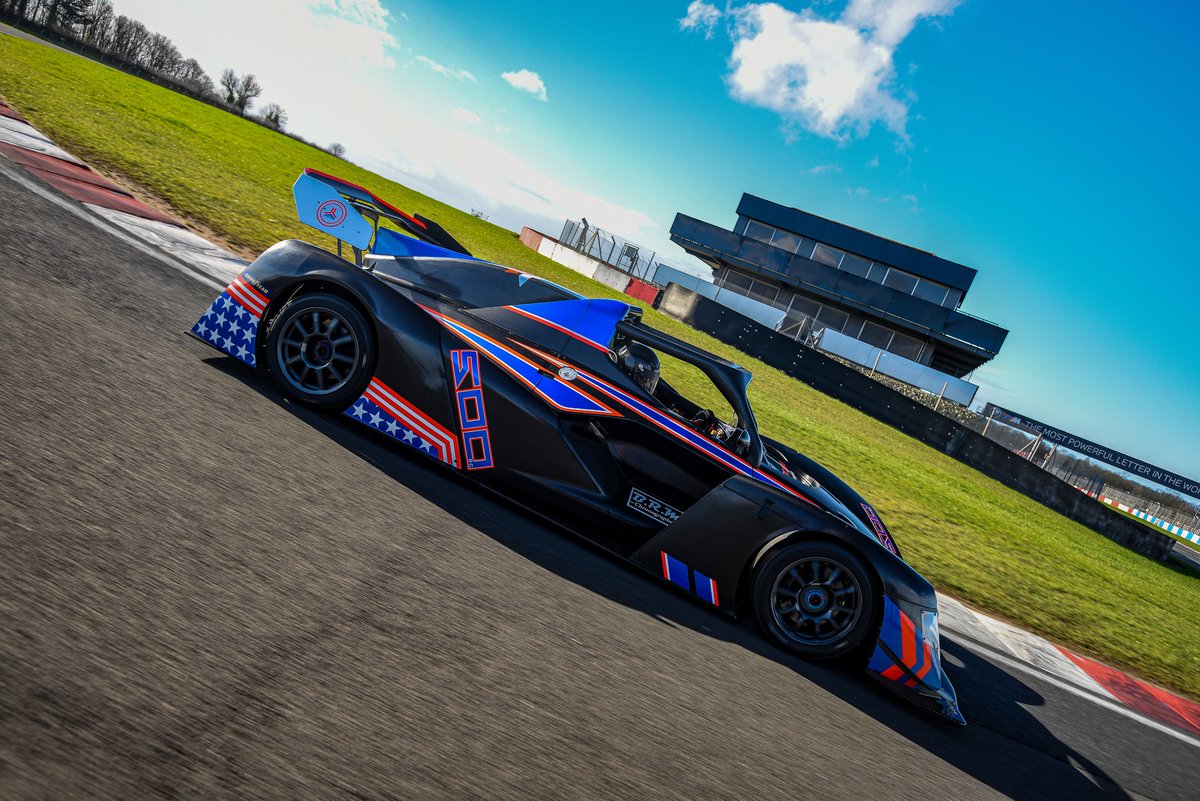